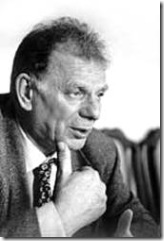 Alferov has been influencing the field of semiconductor heterostructures for more than 50 years. From his childhood fascination with chemistry to his life-long devotion to semiconductor technology, Alferov has been one of the outstanding physicists of the 20th and now the 21st centuries.In the beginning

Alferov’s interest in science began early. He read his first book about physics, Solar Substance by Matvei Bronshtein, when he was only 10 years old. “The book was about the discovery of helium,” says Alferov. “Bronshtein worked for the Ioffe Institute, and at 31 he was executed as ‘an enemy of the people’ in 1937. Books by ‘enemies of the people’ were destroyed in libraries, and my mother, who worked in a library at that time, could not do this and brought them home.”

In sixth grade, Alferov started studying chemistry and physics and even had a small chemistry lab at home. During high school, he was influenced by his physics teacher, Yakov Borisovich Meltserzon. “The teacher loved physics devotedly and had a gift for making our imaginations work. His explanation of the cathode oscilloscope operation and talk on radar systems greatly impressed me,” says Alferov.1 On the advice of Meltserzon, Alferov went to Leningrad after graduation to study at the electronics department of the V. I. Ulyanov (Lenin) Electrotechnical Institute (LETI).

Alferov began working in the LETI laboratory during his third year at the institute with the assistant to the chair of vacuum physics, N. N. Sozina, who was studying semiconductor photodetectors. A year earlier she heard Alferov speak at a student conference on photo-effect; impressed by his presentation, she invited him to join her in the lab. Thus began his work with semiconductor detectors.

After graduating in 1952, he joined the Ioffe Physico-Technical Institute the next year as a junior researcher. During the 1950s, Alferov and his research group focused on the properties and creation of transistors and germanium crystals. “In subsequent years, our team of researchers at the Physico-Technical institute expanded considerably and in a very short time the first Soviet germanium power rectifiers were created along with germanium photodiodes and silicon,” says Alferov.1

In 1961, Alferov earned a Candidate of Sciences in technology at the Ioffe Institute, and in 1962 his work with III-V semiconductor heterostructures began. “As soon as the first work on semiconductor lasers appeared, it was natural for me to consider the advantages of employing in lasers the double heterostructure of p-i-n types,” he says.1

“In 1963, having formulated the concept of double heterostructure (DHS) for making a low threshold room temperature operating laser, we immediately started our experimental work,” says Alferov. “For several years we were on the wrong track (using GaP-GaAs) and only in the beginning of 1967 did we take the right way. From the very beginning we studied both the physics of heterostructures and their various applications (not restricting ourselves to lasers only). I think this wide approach predetermined our success.”

Alferov’s team applied heterostructures to devices such as lasers, LEDs, solar cells, and transistors. “From the beginning we considered optical communications as the most important application. It was a lucky coincidence Corning Glass worked out a low loss optical fiber at the same time. Already at that time, I dreamed of projection TV based on DHS lasers.”

During this time Alferov became a senior researcher at the Ioffe Institute in 1964 and became head of the laboratory in 1967. That same year he married Tamara Darskaya in Leningrad.

Alferov completed his Doctor of Sciences degree in physics and mathematics at Ioffe in 1970. Later in the year he traveled to the United States and worked for six months in the semiconductor devices lab at the University of Illinois at Urbana-Champaign. He worked closely with Nick Holonyak and the two remain good friends.

During the 1970s, Alferov continued as head of the laboratory at Ioffe and led the creation of heterostructure-based solar cells, beating the Americans in the race for their early development. Alferov had a red-letter day in 1972; his son, Vanya, was born on the same day he received the Lenin Prize, the highest scientific prize in the, then, USSR. The next year Alferov became the chair of optoelectronics at the St. Petersburg State Electro- technical University, which was formerly LETI.

In the late ’70s and ’80s, research at the Ioffe Institute turned to revolutionary work on superlattices, quantum wells, and quantum dots. And in 1987 Alferov became the director of the Ioffe Institute, a position he continues to hold today. In 1988 he was appointed dean of the faculty of physics and technology at the St. Petersburg Technical University.

In addition, Alferov has won several awards, including the A.F. Ioffe Prize (1996), the A.S. Popov Medal (2000), and the Nick Holonyak Award (2000), to name a few. “My first international award was the Ballanytne Gold Medal of the Franklin Institute, in 1971. It has been of particular value for me,” says Alferov. “The Lenin Prize in 1972 is also of particular value for me since my young pupils/colleagues shared it with me. And undoubtedly, the Nobel Prize for Physics in 2000.”

Alferov has authored three books, 500 journal articles, and has 50 inventions in semiconductor technology. He is also editor-in-chief of the Russian journal, Pis’ma v Zhurnal Tekhni- cheskoi Fiziki (Technical Physics Letters), and a member of the editorial board of the Russian journal Nauka i Zhizn’ (Science and Life).